Sometimes my husband teases me about how I forget my characters aren’t real. Then I remind him how upset he was when a certain character died in my last book, THE CURED, and how he didn’t talk to me for three days.

But it’s true. My characters are so real to me, and that’s why during both the drafting and revision process, I work so hard to make sure I do them justice. I won’t go through the entire process, but I thought one particular part of my revision for THE TRUTH ABOUT TWO SHOES was rather funny recently.

You see… I have this super, cool character named Mack. In fact, he’s even the first real dialogue in THE TRUTH ABOUT TWO SHOES. And he’s so layered like an onion, that I actually didn’t realize half his backstory until writing chapter 12— which I then went back immediately  and started adding the missing pieces to make him, well, him.

And without fail, betas who read partials or even the first draft were always like, “Mack! Mack! We want to know about Mack!”

He’s not even the main character, mind you. But I digress.

It wasn’t until my older brother, a high school English teacher who actually used to be the lead singer in a punk rock band, stopped and asked me, “You know, I’m not really picturing what this guy looks like.”

And I stared at him like 0_0 and pointed out all the parts that described his physical appearance and twitches and quirks. But he stopped me. “No. Clothes.” He wanted more details on what he was wearing.

Interesting, I thought. So I sought out to be a creeper via Google searches and created a mood board, if you will, dedicated to what I personally thought my characters looked like. I made one for all the important ones, starting with Mack. And when my readers would finish and talk to me about what they loved about each character, I’d show them the board.

“Yup, that’s how I picture Ellie.”

“Sure, that could be Freeble.”

And then I’d get to Mack.

Wowza. Apparently people are really passionate about Mack and how wrong I was. (Um…okay. I thought I created him, but whatever). However, the more I talked to my Betas, the more I realized I WAS wrong. I started asking readers to send me pictures of who they thought Mack looked like or describe it themselves. And a funny thing happened.

My readers who were both young and old, religious and non-religious, male and female ALL came up with a similar version of MY character. I was thoroughly impressed.

So, after much soul searching, my third revision of Mack is apparently more accurate thanks to the help of my insightful readers. And not just in the clothing department. Once I started working on this new image, more parts of him came out, fitting together in a way I never realized he could. His dialogue was tighter and more him. His actions had more depth. Mack was more Mack. THANK YOU READERS.

But for the record, I am very well aware that Mack, like my current draft of THE TRUTH ABOUT TWO SHOES, will still go under even more revisions. But I LOVE the revision process and am very grateful to those who took the time to care so deeply about a character that they literally yelled at me until I fixed him. But it was necessary.

After all…how else would this Mack:

Emerge as this one…. 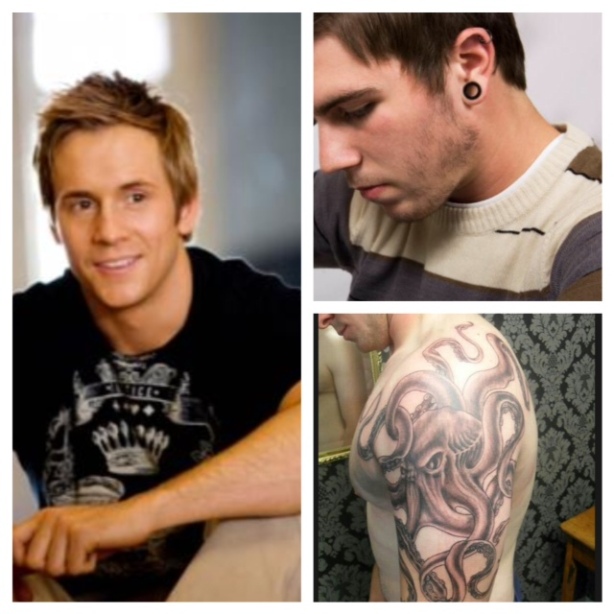 I was once told that the revision process isn’t about editing. It’s about visualizing your project in an entirely new way. I am a firm believer in this truth and love approaching my manuscript in different ways each time I sit down to polish.

Here’s hoping it only gets better!

One thought on “Revision and Bringing Characters to Life”