So the entries are in and the waiting begins. For those of you who are just now hearing about this, you can read my earlier post about how I entered the TRUTH ABOUT TWO SHOES into Pitch Wars this year.

And a couple days ago, it was announced that nearly 1250 authors submitted their books. And from a lot of mentor tweets, there are a TON of good ones. Competition is fierce, y’all.

And of course, leading up the contest I re-read my novel, THE TRUTH ABOUT TWO SHOES 9 bazillion times over and over. There was a lot of this… 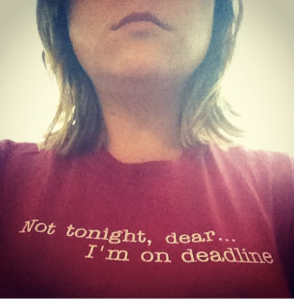 But what I want to touch on today is how Pitch Wars is so much more than just a contest. It’s a community. Since even the mentor list was announced months ago and even now after submission deadline has passed, Twitter is abuzz with awesome writers all connecting and working together on their current project, future projects, and more. We’re even playing daily games where we tweet #bestlines, #lastlines, #characterfears, etc. 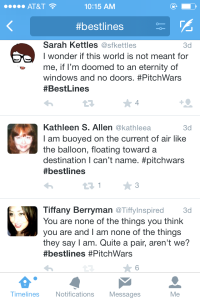 And yes, you have to be a writer nerd to see the value in any of this, but I swear– it’s fantastic. You should check it out if you want to learn more about future books before they’re published.

There’s even two lovely ladies who have been live streaming a show talking about writing in general and interviewing the mentors. The hubs even hooked up our TV so I didn’t have to stare at my tiny phone while folding laundry. It’s pretty fantastic.

I’ve met a lot of great people and awesome writers who I would have never otherwise connected with. And it’s so encouraging to find other people who I can talk to this about other than my cubicle neighbor who graciously puts up with my excited yammering about my books she’s never read. 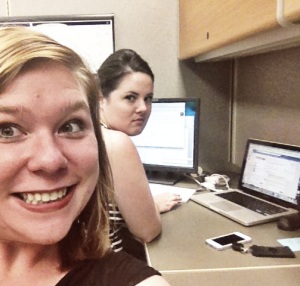 Disclaimer: We totally posed this shot. I promise I don’t usually have crazy eyes, and I really don’t bug her THHAAAAT MUCH. In fact, we had many outtakes…

Haha. This was her original “mean/annoyed face.” She’s so sweet.

But I also did enter this contest with a very dear friend of mine, Emily from The Newfangled Housewife (who entered her book, MISSING)  We were college friends turned long-distance buddies. Originally we met working for the student newspaper and realized we were both taking playwriting together. She was a creative writing major and I was in journalism, so that was our only class together since it was my elective. She even played a part in my play, “Cement Shoes”…though her only line was “surprise!” before I had her shot and killed. It’s a comedy, I swear. 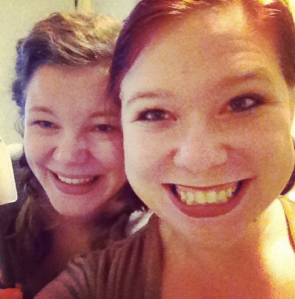 But man I wish we were closer because she is the best at procrasti-baking. Seriously, check out her blog. This week to distract ourselves from the wait of #pitchwars, we long-distance baked the same thing in our own unique ways– healthy banana brownies. Obviously her’s were most likely better.

The best procrasti-baker I know.

But alas, in all the waiting/ stress of Pitch Wars, as long distance buddies, most of our convos now end up like this: 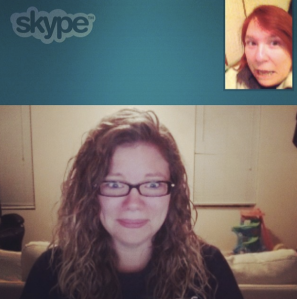 This is an old photo (no my hair is no longer that awful color). But the look of terror is very similar to how we discuss waiting, editing and revisions for each other since we CP.

But old friends and new friends alike, I’m so glad to really connect with writers in this way. I can’t wait to see success take shape as all these awesome books get their chance to make it out in the world. I wish I could read every single one. Thanks so much everyone for the experience. I hope we can be neurotic author friends forever.

3 thoughts on “So far in #PitchWars…”